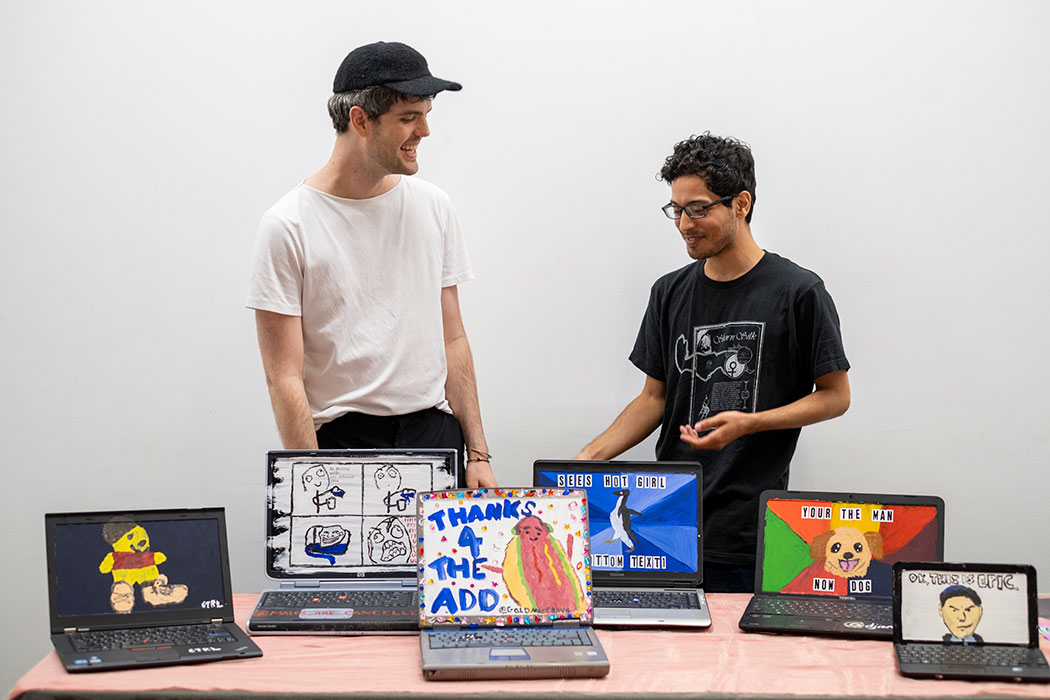 Discrit is an art education platform promoting experimental thinking and debate in contemporary art and culture. We believe in making art discourse free and accessible, supported by an equitable exchange of diverse and divergent perspectives.

Chris Fernald is an artist, musician, curator, and educator. As an artist, he has exhibited in group shows in New York and Mexico City. His poetry and writing on art have seen publication in both Canada and the US.

Chris’s pop music practice is called Rem Reviere, a project examining the poetics of the post-human condition and ideas of techno-spirituality. He received his BFA from the Rhode Island School of Design in 2013.

Joey Molina is a multi-disciplinary artist and scholar working between video, installation, and collage. Their work examines performances of gender and sexuality, with a particular focus on how such phenomena shape and are shaped by trauma.

They received their BA in Film/Video from Georgia State University in 2013.