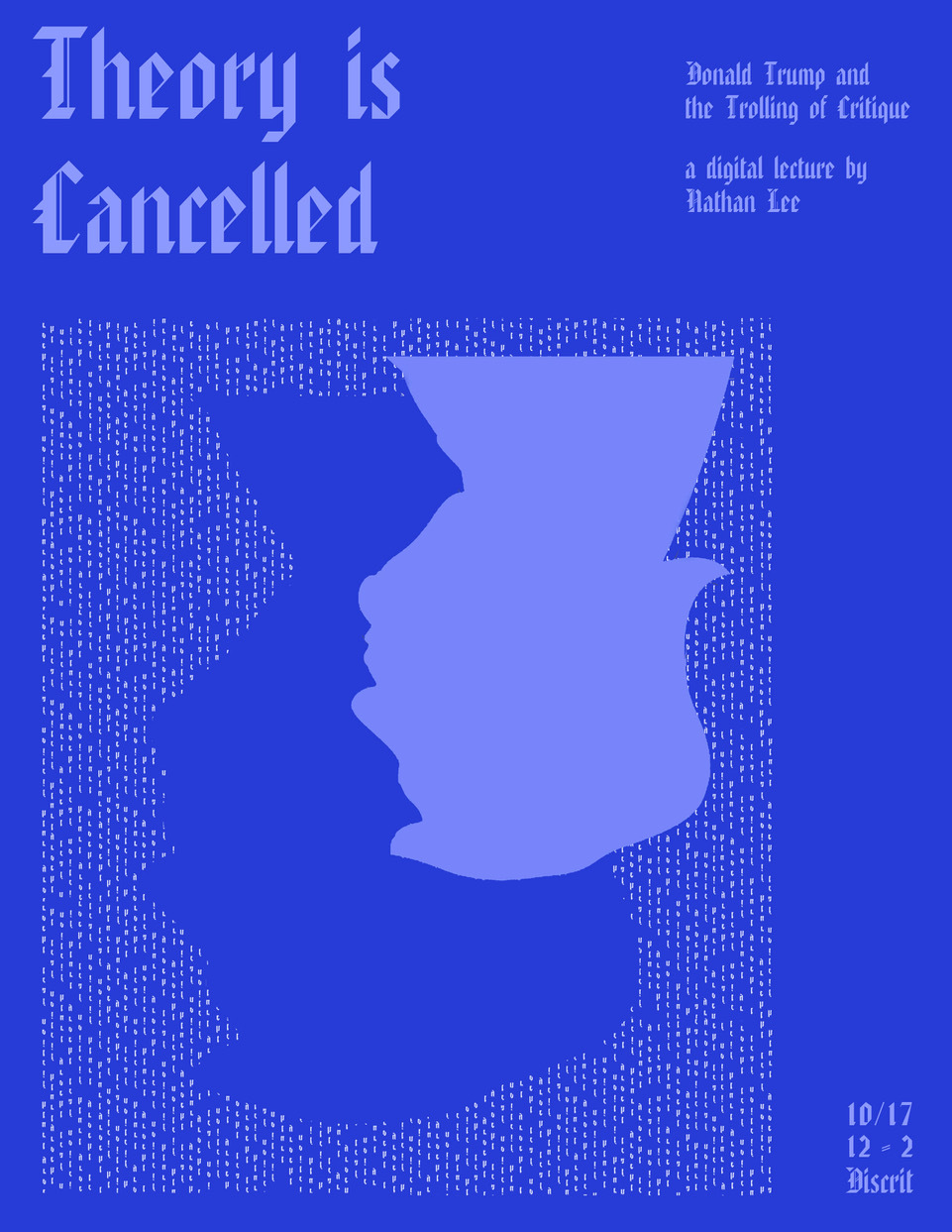 Theory is Cancelled by Nathan Lee

On September 4, 2020, the White House released a memorandum ordering federal agencies to identify and eliminate any spending on “critical race theory.” The professed goal of this directive was to initiate an ideological purge of any suggestion that “the United States is an inherently racist or evil country.” That critical race theory should find itself thus mischaracterized and dragged into the swamp of bareknuckle electioneering is part of the longer story of conservative hostility to academia—and the latest chapter in the peculiar entanglement of the Trump administration with critical theory.

Did postwar philosophy give rise to “fake news” and “alternative facts”? Why has it been suggested that a theoretical questioning of truth, language, reality, and power is equivalent to the rantings of a reality TV president? Is Trump the walking, tweeting embodiment of postmodernism? This talk examines the way recent commentators have posed such questions and speculates on what theory can – and cannot – tell us about the Trumpist derangement of truth.